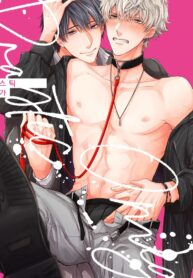 ‘Club Bar Puddle’ looks like any other nightclub on the surface, but in reality it runs an illegal entertainment service in the form of prostitution. The club’s resident Omega, Aoi, who boasts the top sales of the club is the envy of everyone. It doesn’t matter who his client is, he’ll sleep with any Omega, Beta or Alpha as long as he’s the one on top. Turning his pleasures into money Aoi enjoys his life until one day when an Alpha who wasn’t swayed by any Omega server at the club catches his eyes. The man, who emits a pheromone he’s never felt before, relentlessly seeks Aoi out. Will Aoi’s hidden trauma be revealed little by little in the hands of this Alpha…?

Master, What Do You Want?