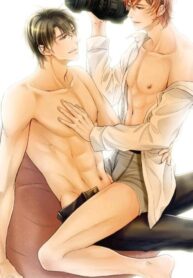 “I wonder what it’d be like to have your thick juicy lips working on me? If you were to lick, nibble, and tease me…”

Kou is the number one actor in the gay adult video industry, and he has a secret longing for his cameraman, Shuzo, who’s like a partner to him.
Kou’s gay and Shuzo’s straight. That is a huge frustrating barrier for Kou and his feelings for Shuzo keep welling up inside him. This eventually leads Kou to fantasize about Shuzo as he’s being filmed through Shuzo’s camera…

This is the long-awaited compilation of the series that received a ton of rave reviews for its beautiful artwork and touching story!!

In an Empty Classroom

Speak of the Devil

Kunrenhei no Junan – The Legend of Zelda dj