When The Yakuza Falls In Love 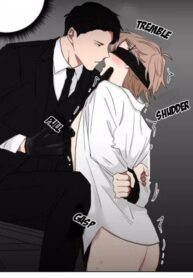 “Take it off.”
“Why should I take it off?”
“I’m going to search your body. That’s because I’m an owner who searches thoroughly whoever I let in my own house.”

Minjun came to Japan to study, dreaming of a great gay life. As soon as he was ready to die after being swindled by his ex-boyfriend for six months, a group of black Mercedes-Benz surrounded Minjun. Out of nowhere a little boy named Toma came out of one of the cars and ran towards Minjun calling him “Mama!”. Minjun, who was taken to the Yakuza den because of a Toma that didn’t want to let go of him, decides to die after being crushed once by the cruel and deadly Daiki.

The story of Minjun’s fatal love story, dotted with ‘Mama’ by the cold-blooded and sexy yakuza boss Daiki Jo and his son Toma!

Who’s Going To Win This Competition!?