WE ARE NOT GAY! 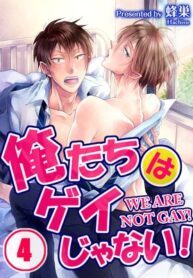 “I know how to fix this.” Haruto makes an offer to Misaki, who gets a boner in the bath! Misaki’s all embarrassed, so Haruto puts it in his mouth…! Misaki and Haruto, the aces on the track team. Two guys who are so close the other guys tease them about being gay together. But, while he tells them he’s not gay, Misaki can’t stop thinking about Haruto…… Haruto tells Misaki, who says he’s not into guys, that he’s thought of a way to prove Misaki isn’t gay…..

After Waiting for a Kiss

Love due to conscious neglect – Attack on Titan dj