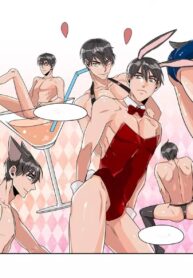 Despite his mortification, Brandt gives the audition his best “shot”—and becomes an overnight sensation. But to meet the man behind the operation, he’ll have to give a repeat performance, this time live on webcam opposite the highest bidder. Donnelly makes sure to win that auction for his partner’s sake, but their plan has a flaw: faking it is not an option.

In the aftermath, Brandt is a humiliated mess trying desperately to come to terms with what he’s had to do for the job and his own mixed feelings. But Donnelly has been on a journey of discovery of his own. Suddenly everything the two men thought they knew about themselves and each other gets turned inside out. Meanwhile, they still have a case to solve… but it may not be the case they thought it was