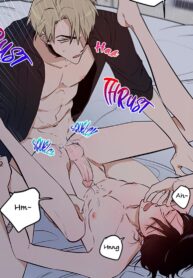 Trap City, a crime city in which the first, second, and third thing you must beware of is people. Noah Humphrey stole away the boss’ money and ran away with it amidst an inconspicuous war between the two greatest groups in the city. Will he live as a toy for the boss Kahliya, or as a bait for the boss Rex, leaders of the rivaling groups? A love story blooms during a critical situation in which you have to do anything in order to survive!

Help Me, Can You?

Reward Me with Your Body, Sir

May Belongs to Me

An Ode To Youth

Little Bunny, I’ll Help You Get Off