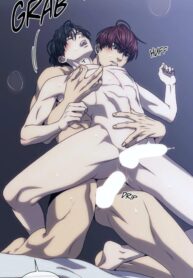 As Je-oh is transported by Yeong-gil for his body to be sold he considers his background. As Je-oh is with a man, Yeong-gil is driving before his car is struck by Seong-rok’s. Yeong-gil is hit in the back of the head with a rock. By day time Je-oh is being questioned by police on what he remembers but does not mention anything suspicious. Even though Je-oh is aware that someone has been following him, with it being Yeong-gil who is missing, to himself he is happy with the situation

A Man Who Can’t Say No

A Man Who Can’t Say No

There’s No Way a Charismatic AV Actor Like Me Would Come From a Sex Toy!!!