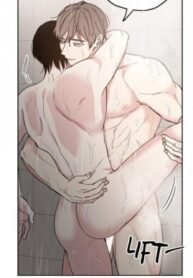 (What’s the probability of meeting your one-night stand partner and your one-sided love at a wedding?
For a long time, Jitae has had a crush on his friend, Kyunghoon. However, until the end, he couldn’t bring himself to confess to the straight Kyunghoon. Then suddenly, Kyunghoon made an unexpected announcement of his marriage… Feeling distressed, Jitae then decided to have a one-night stand with someone he bumped at the gay bar.
Later on, someone approaches Jitae, who was in the middle of congratulating Kyunghoon at his wedding with a calm expression.)
‘Isn’t he the guy I had one-night stand with at the gay bar?! And he’s the bride’s brother?!’
He slyly approached Jitae who was panicking about the situation, and said to keep meeting him if he doesn’t want Kyunghoon to know.
“Just do it with me. I’ll help you forget”)

How to Train Your Puppy

Little Bunny, I’ll Help You Get Off

A Link Between Relationships