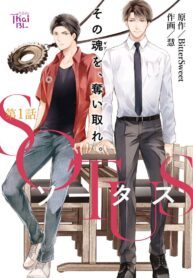 SOTUS is an educational system in which upperclassmen impose “trials” upon underclassmen. Arthit, leader of the engineering seniors, plans to put his new juniors through a harsh training regimen to earn the symbol of their major—the gear. However, a first-year named Kongpob causes new headaches for Arthit when he declares he’ll snatch the gear from him: “I’ll make you my wife!”