May Belongs to Me 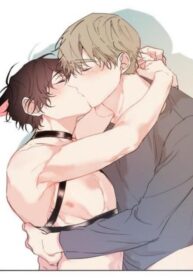 Without a stable job or home, Joo May lives recklessly, drifting from one lover’s house to another. One day, May passes out, almost beaten to death by an ex-boyfriend he bumped into. When he wakes, he finds himself chained up in the house of Shin Jooin, the clean-cut man who apparently rescued him. But there’s something off about Jooin, who treats May almost like a pet* Who is Jooin really, and what is he hiding?

Trapped in the Dark

kiss on the piano