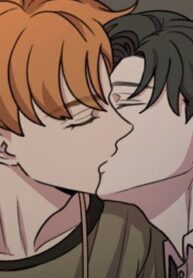 Siyoon, 33 years old, has never dated anyone. He was never interested in anybody, except that one time when he was in love with his college senior..

On one strange afternoon while on his way home, his eyes caught Hyunwoo, a young man who looked strikingly similar to his old unrequited love. On impulse, he grabs Hyunwoo’s shirt, and shamelessly asks his number and the man… actually gave it. Like a reckless teenager, he dives into this chance at romance with Hyunwoo. But, unlike ordinary relationships, he’ll find that beneath this sweet encounter, lies something deeply twisted.

Ore ga Neko wo Kaburu no wo Yameta Riyu

Do As Your Slave Tells You