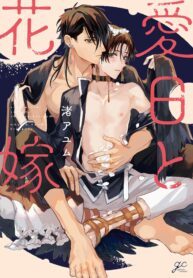 Kind Winter Sun and Smiling Average 5 / 5 out of 1

“I wonder if someone would have helped me if I told them I was actually scared.”

Luka, a young man from the village who suddenly became an omega, is now, according to tradition, the bride of a god – a “sacrifice”…. He is married to a god who is said to eat people for the sake of the village, but the sun god, Kuro, is not as he is rumored to be…? Spinning days with a god, they soon turn into something lovely–Nagisa Ayumu’s all-out debut comic book.

Eye Encounter With the Deer