I’m Going to Make This Yakuza Fall in Love With Me! 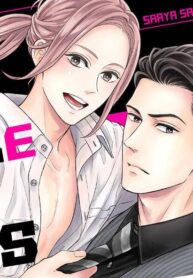 Chikage Tenma, is the son of the head of the Tenma clan, has unrequited feelings for the 2nd-in-command, Aizawa.. eversince they were kids …In order to stay by Aizawa’s side Chikage wants to join the clan but both his father & Aizawa wants him to lead a normal life ..After several persuasions Aizawa jokingly bet that if Chikage could seduce him within 1 month then he can join the gang or else he have to live a normal respectable life ..Chikage after finding a ray of hope tries to bare it all & seduce his man

Jujutsu Kaisen dj – I want to make Love with you