Discipline Me. Melt Me. Expose Me. Love Me 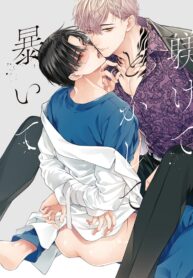 “Senpai, I’ll dominate you to the marrow of your bones.”

Sumio Tachibana, an orthopedic surgeon (a resident), has spent his days as a sub controlling his desires to be dominated and controlled. However, he doesn’t have a designated Dom, and remaining in this state will damage him both mentally and physically. Because of this, Sumio decides to visit a SUB-only club… There he meets his old high school junior, now a yakuza, Wanizuka Itsumi [DOM]. Since he doesn’t have a designated dom he urges, “Let me become sempai’s dom.” ?! A trying story of a jealous young yakuza x a surgeon who really just wants to be spoiled?!

The Double Life of the Demon King

You Who Wants to Love

Party boy, Do you understand