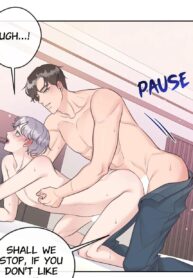 OMEGAVERSE ALPHA X BETA( turned omega) BUTLER X CEO DOORMAT UKE
Seo Yian(Beta?) works as a butler for the hotel which employs only betas …Despite being a beta? & butler he has unrequited feelings for the handsome CEO, Yoo Jekwon(alpha) …..so whenever he sees Jekwon with other omegas he feels jealous since he feels he cant never compete with omegas .. but when Mr. Yoo and Yian found out the Omega lover’s infidelity, Yian started to make his move…. Moreover he himself manifest as an omega