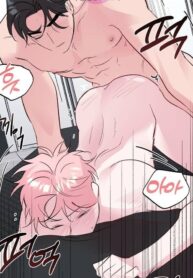 Assorted Wildness Average 5 / 5 out of 1

Mongryong is having what we’ll call… a tough time. His sister’s having an affair with a married man, and the guy’s wife is the older sister of a major mob boss. To make matters worse, Mongryong’s sister’s boyfriend’s wife’s brother decides to take him hostage as bait to lure the lovers out of hiding. Will the madness never end?! …Still, maybe—JUST maybe—Mongryong can convince his captor to go easy on him. Just not TOO easy. After all, there’s nothing wrong with playing a little rough either.

Forced to Warm Him up at Night

You Wanted to See This, Right?