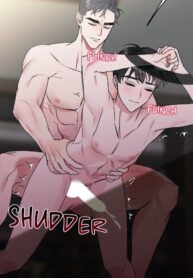 Method acting comes like breathing to Yeonwoo, as he convincingly steps in and out of different roles to keep people at bay. But while his brilliance as an actor never fails to shine through the screen, he finds there is something missing in his life. With Taehyuk – his long time sex partner – and Yubin – a fresh face in showbiz – now stepping into the scene, a dangerous new sequence begins to play out…(Lezhin US)
~
A genius actor Do Yeon-woo, whose every moment in his life is a method acting, and two men in his scene.
Seo Tae-hyuk, a movie director from the entertainment industry, and a sex partner who has been sharing for a long time, and Han Yoo-bin,
a young but fateful idol from a dirt spoon, came to be like a romance movie.
A new sequence of three begins…