Always the Three of Us, Okay? 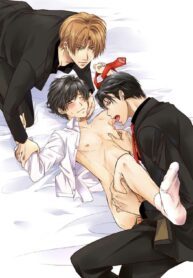 Mio, Souichi, and Kazunori all met at a vocational school and became good friends. Although Souichi and Kazunori are younger, they look and act like they are older than Mio.
Mio knows his two best friends. Souichi is mature and always has his head on straight, while Souichi has a sharp tongue and constantly picks on Mio. But does he really know them?…When Mio says something to upset the two, there’s no telling what they’ll do!
Show more

Stand by me, Darling!

Jujutsu Kaisen dj – I want to make Love with you

The Night Of The Festival