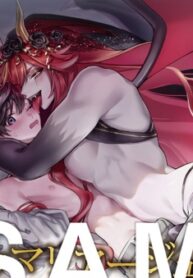 Kairi, who lost his virginity to the devil Raju, who appeared before him because of his past life, was called a sad case who couldn’t help but allow Raju to cling to him all day.

Things had changed, however, as Raju took good care of him, he felt increasingly drawn to him.

A while after Raju revealed his love and they made it official, in the face of a strange devil who warned him of a divide between the present and the past,

A doubt about Raju and his true love started to grow in Kairi’s eyes.

How to Chase an Alpha