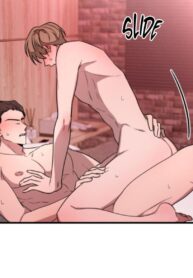 Han Nok-young, the top Korean actor.
Believed in his beautiful face and popularity only and lived as an innocent person…
The hidden camera, taken with the third generation chaebol, is revealed to the world on the internet and hell is let loose.
To make matters worse, Nok-young’s face was ruined by an anti-fan’s acid attack.

Jang Hyun-jae, his hyung, whom he had a crush on, and the CEO of his trusted company, expects to save him, but he is horribly abandoned by him.
In the end, Nok-young makes an extreme choice…

However, when he opens his eyes, Nok-young returns to the past three years ago.
He must have returned, but this time he tried to build a career and
do good to the people around him in order to live a proper life…

He has been filmed with him in the past and he becomes entangled with the third-generation chaebol Kang Jun-il.
I thought he just hated him, but he doesn’t seem to… ?

In this second life, can Nok-young succeed again and find a new love?

I Want to Impregnate You, My Silly Omega